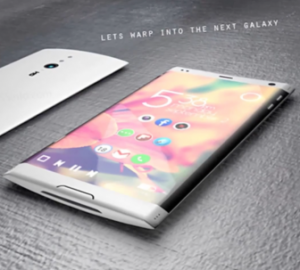 The Galaxy S5 will launch in March or April and bring with it a sleeker and better Galaxy Gear watch – so says Samsung’s executive vice president of mobile Lee Young Hee.

In a chat over at CES 2014 with Bloomberg Samsung’s exec VP said that we can expect to see the S5 in a few months and that it will land with new features as well as a chunk of revamped Gear wrist tech.

Samsung’s next flagship phone may be able to scan your eyes to unlock it which could well be one in the eye for Apple and its Touch ID fingerprint tech. Sorry.

That may or may not happen but one thing’s for sure, after the slow uptake of the Galaxy Gear, there’ll be a better and sexier one released this year.

“When we release our S5 device, you can also expect a Gear successor with more advanced functions,” Lee told Bloomberg, “and the bulky design will also be improved.”

Let’s just hope that when they’re tweaking the design they also add more functionality as currently there’s not that much smart to the Galaxy smartwatch.

Lee also acknowledged that the S5 will have to up its game in the design stakes as the S4 failed to offer much over its predecessor. Perhaps moving away from the plastic body to a nice, premium-feel metal one would be a good start?

Whatever they do it will have to be a leap as they raised the bar with the S III but the S IV has contributed to the softening in demand for Samsung’s high-end handsets and in turn resulted to its slowing profits, which have wiped 10% off its share price in recent weeks.

“When we moved to S4 from S3,” Lee states, “it’s partly true that consumers couldn’t really feel much difference between the two products from the physical perspective, so the market reaction wasn’t as big,” going on to say “For the S5, we will go back to the basics. Mostly, it’s about the display and the feel of the cover.”

What are you hoping from the Galaxy S5? Do you think retinal scanning is a good move? What would the Galaxy Gear have to do for you to buy one?