Samsung Omnia Pro Out in July 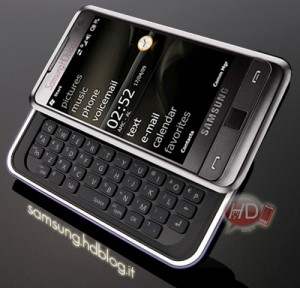 If you believe in rumours and that sort of thing; word is that the Samsung Omnia Pro is being prepped for a July release.

It will also be packingÂ a 5 megapixel cameraÂ that’ll be assisted by image stabilisation software, flash and autofocus.

No pricing details have been released yet – indeed Samsung hasnâ€™t actually confirmed the release at all – but HDblog claim that the Samsung Omnia Pro will retail at a â€˜very competitiveâ€™ price, probably somewhere under â‚¬500.

Price may be kept downÂ ifÂ the Omnia Pro utilises the same 624 MHz processsor as the previous Omnia.

I must point out that this lovely pick which you are gawing at is actually a mock-up made by staff atÂ HDblog – but they seem quite sure of themselves as to the artist realism.