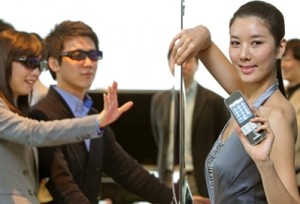 It sounds like Samsung are looking to pounce on the Google TV wagon.

Information about GTV isn’t exactly abundant but a shadowy Samsung exec told the Korea Herald that: â€œWe are considering developing Google TVs. We are examining the business feasibility of Google TVs.â€

Google is rumoured to be unveiling Google TV software this summer and Sammy says itâ€™ll wait until the plan goes public before deciding on its next move.

Given that Samsung unveiled an app store for mobile and TV, the cleverly named: Samsung Apps, at CES 2010 we could see the Bada mobile OS on set top boxes and TVs by the year’s end.