Samsung has a bendy folding phone ready for release maybe

Cast your mind back to my article about the Samsung Foldiplay – the folding phone that made its rendered debut back in 2013. Well, we have since seen the Samsung Galaxy Round, LG G Flex, and Galaxy S6 Edge – not exactly what we were promised were they? Hang on though. Things are about to get all foldy.

Even before the Samsung Foldiplay we marvelled at the paper thin technology that allowed us to bend our phones (not the iPhone 6 Plus) back in 2011.

I did mention at the start of this year that there could be a chance that Samsung would release a bendy phone, possibly as the Galaxy S7 Fold, and it seems that this might actually be the case.

Project Valley, as it has become known, could be a foldable smartphone powered by a Snapdragon 620 or 820 running Android with 3GB RAM, microSD expansion capabilities, non-removable battery, and a body that curves, arches and curls without snapping in to little bits.

The technology is apparently ready but my hopes of a mainstream Galaxy S phone sporting this gymnastic body might still be a bit of a long-shot. 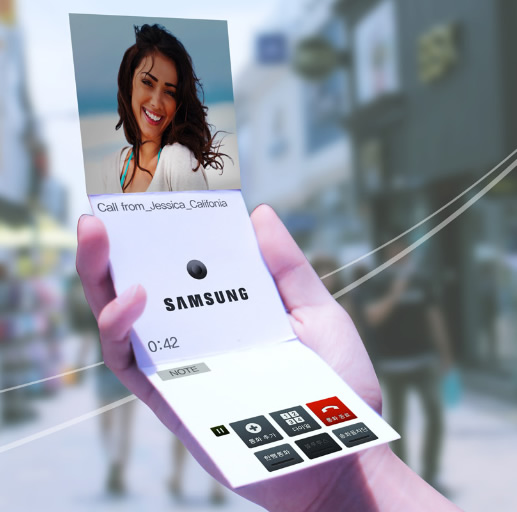 The latest rumour suggests that, at best, we might get a short, experimental run comparable to Galaxy Round’s 2013 peekaboo session.

Assuming Project Valley actually gets the nod, Samsung needs to use not only flexible panels for its manufacturing, but other elastic components too, including batteries, chips, and circuit boards.

All those bits still require more work and resources from engineers, not to mention that they’re likely to be a heck of a lot more expensive. Chances are, that’s why two prototypes are allegedly in testing – one ultra-high-end (the Snapdragon 820 version), and one slightly humbler (the 620 varient).

Will you be ready for a foldy phone by the new year?