Samsung Gets 15 per cent of Galaxy Tabs Returned – The Shame 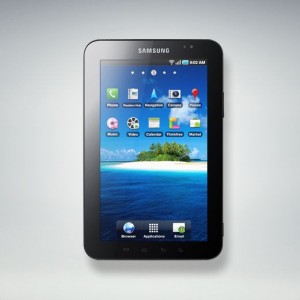 Samsung can’t be happy about the figures released via the New York Post.

It appears that, on top of the Galaxy Tab failing to sell as well as expected, a load of gadgety fans have returned the Sammy slate.

One Wall Street firm is claiming that as many as 15% of the Tabs sold have been returned – ouch!

Sorry to kick anyone when they’re down but…. Apple’s iPad only had 2% returned.

I wasn’t exactly blown away by it when I had a quick grope of the Galaxy Tab – but then I’m a known tablet-skeptic.

The silver lining in this sad Samsung story is that it’s more an issue with the FroYo operating system. Google has said that FroYo is not meant for tablets but the Korean tech cobbler wanted to get the Tab out before the rest released their Android tablets. Android 3.0 Honeycomb is, however, built for tablets and I’m sure that Samsung will be keeping an eye on sales of the Motorola Xoom later this month.

I expect Galaxy Tab 2 to appear at MWC and, chances are, it will be loaded with Honeycomb – but there’s iPad 2 on its way as well 😉