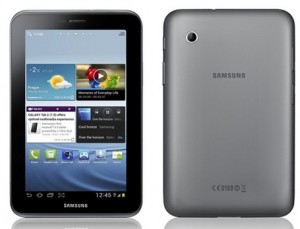 Waiting for the Samsung Galaxy Tab 2? Well, looks like you’ll be waiting a bit longer.

Samsung has officially put back the release of its Galaxy Tab 2 series tablets which was penciled in for its UK release last month in both 7-inch and 10.1-inch variants.

The reason for this release slippage, according to a Samsung spokesperson talking to IDG, is that the company needs more time to work on its TouchWiz implementation of Android 4.0.

This delay means that the Samsung Galaxy Tab 2 should now arrive at the end of April (unless there’s other things to tweak in the meantime) with the tablets going global after their UK launch.

This is all fair enough you’d think. These things happen.

What I don’t understand is why Sammy has a problem with Android upgrades. The Galaxy S and original Tab and the Galaxy Note have all had issues.

What is really odd about all of this is the fact that Samsung has had access to the Android 4.0 source code longer than any other manufacturer due to its collaboration with Google on the Galaxy Nexus last year.

So, surely, everything should be super simple for them and they should, if anything, be ahead of the game.