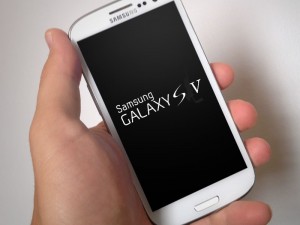 After the promise that Samsung will deliver a better upgrade to their Galaxy S-class mobiles very soon it looks like this might happen in March, and in London.

If you’re looking forward to the next flagship Android phone from Samsung then you’d better keep March free.

The latest rumor suggests that Samsung might hold a global launch event in mid-March in London where there’s a possibility that the Korean giant will launch the purported Samsung Galaxy S5.

According to an Italian journalist Flavio, citing a reliable source, Samsung will hold an event in mid-March where the Korean phone cobbler is expected to unveil the Samsung Galaxy S5.

This all makes sense as Samsung hasn’t unveiled any handset at the Mobile World Congress since its Galaxy S II. Needless to say that the company has enough budget to host its own events, and rather than launching a flagship product such as the Galaxy S5 amongst other products at the MWC, it might as well host a separate spectacular.

As far as specification expectations go, rumors suggest that it will come with a 5-inch display sporting 2K resolution, be loaded with either an Exynos 6 or Snapdragon 64-bit processor, 4GB of RAM, 16MP ISOCELL camera and Android 4.4 KitKat out of the box.

Other interesting bits such as the S5 packing retinal scanning for security unlocking and a revamped Gear would make this launch a biggy.

Can it reignite the same interest in Sammy’s Galaxy range as the S III did?

This sounds likely but is it right? What have you heard?