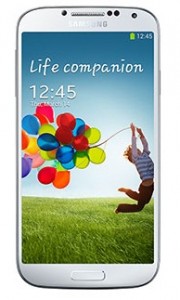 How quickly things in the world of tech changes. This morning I was the bearer of bad news as it looked as though the UK would not get the octo-core version of the Samsung Galaxy S4. However, it looks like we might get both versions. Read on for the full list.


Samsung announced the Galaxy S4 as an Exynos 5 octo-core handset, before revealing that there would be a quad-core version as well.

This was obviously a fine cause for confusion and Samsung initially said that the UK would get the octo-core version, before changing its mind and stating that the UK version of the phone would use a quad-core Snapdragon 600 processor.

However, Sammobile has published a list which suggests that the UK will get both the I9500 and I9505 variants of the phone.

How real this list is, I can’t be sure, but it can’t be any less confusing than the messages being put out by Samsung itself 😉

It looks as though the US is only getting the I9505 version. Korea will of course be getting both offerings.

While we can’t be exactly sure yet what sort of performance boost the 8-core chip will bring over the quad-core variant, if any, but bragging rights will obviously go to those rocking the I9500.

The Samsung Galaxy S4 goes on sale on 26 April. Pricing is yet to be announced, however every major network now has a pre-register page for the phone.

Here’s the full list of countries and the Samsung Galaxy S4 version you could be getting.