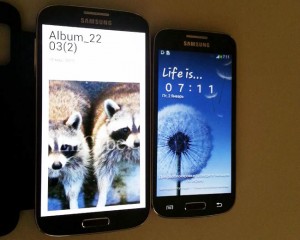 There has been a leaked photo which reported to be of the new Samsung Galaxy S4 Mini. Following that up, it appears that the device may come in four flavours.

Samsung released the S III Mini a few months after the Galaxy S III, so it was expected that news of an S4 Mini should start leaking about now as there’s plenty of S4 news bouncing around.

As if by magic, news that it has arrived online under the code GT-I9190 has set the interwebs alight.

Not only will it sport a 4.3-inch Super AMOLED qHD display with a resolution of 540 x 960 pixels, word is that it will have a 1.6GHz dual-core under the hood running Android 4.2.2 Jelly Bean.

There are also rumours being whispered that it may come in both dual and quad core guises.

The Galaxy S4 Mini reckoned to be launching around June or July, as yet there’s no specific date.