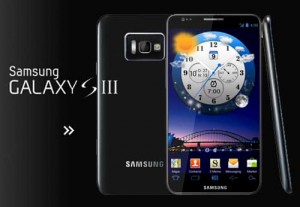 Samsung will be throwing a special event for their Galaxy S III smartphone after Mobile World Congress 2012.

In a chat with those lovely folk over at CNET UK Sammy said that the Galaxy S3 mobile won’t be meeting and greeting its potentially adoring public at MWC 2012.

“Samsung is looking forward to introducing and demonstrating exciting new mobile products at Mobile World Congress 2012”. going on to say “The successor to the Galaxy S2 smart phone will be unveiled at a separate Samsung-hosted event in the first half of the year, closer to commercial availability of the product.“

This kind of makes sense as they are planning to announce a number of devices at the MWC show including the Galaxy Ace Plus and the Galaxy Advance S,

Even though the Sammy S III smartie is more phone than both the above put together it would have more impact in a special release party.

Could Samsung be copying… errr… following Apple with its product release plans?

Apple never exhibits at trade shows but throws its own bashes with the products going on sale very soon afterwards. Could the phrase “closer to commercial availability” be a hint?