Samsung Galaxy S III set to Break Sales Records – Could it be King of the Droids? 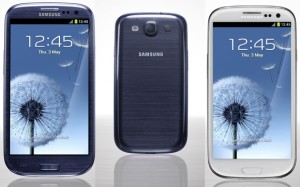 Samsung’s Galaxy S III has been unboxed and is all set to top the Android sales charts.

The new Sammy flagship smartphone is on target to its wildly popular predecessor, the Galaxy S II.

Vodafone has gone on record with The Inquirer to say that the Galaxy S III has smashed all previous pre-order records for Android handsets.

Carphone Warehouse backs up the statement by boasting that it’s the biggest-selling pre-order of 2012.

Add that to the news last week that the Samsung Galaxy S III had received 9million pre-orders it certainly looks like Sammy’s new superphone could outstrip even the phenomenal sales of the fan’s favourite, the S II.

Samsung had no easy task in releasing its latest flagship Galaxy phone.

The bar had already been set pretty high thanks to it’s previous Android best-sellers the Galaxy S II and Galaxy Nexus.

Personally I think that the HTC One X did the job nicely and I am sure that Sammy was keeping an eye on the HTC R&D team.

The S III is endowed with a whopping 4.8-inch Super AMOLED screen, 720p display resolution and a quad-core processor.

The S III snapper didn’t add any megapixels to the 8MP S II cam – but as any lens monkey will tell you, it’s not just about megapixel counting.

The S III has a raft of new software niceness to make your snaps happier, including a ‘best shot’ selection feature and the ability to take still photos while you’re recording video.

Powered by Android 4.0 Ice Cream Sandwich, blended with Samsung’s own TouchWiz interface, it should be a joy to use.

Equipped with innovative software, expandable storage and a larger battery, the S III has the chops – but is it enough to be crowned King of the Androids?

Will you be in the queue for the official launch on May 29th or did you pre-order and look forward to the 28th?