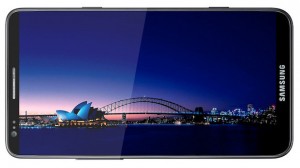 We all pretty much know that Samsung will be releasing their Galaxy S III this year – just not at MWC 2012. That doesn’t stop the news of its specification leaking out though.

Samsung has already said that it will not be announcing the much anticipated replacement of the Galaxy SII at Mobile World Congress, instead having a seperate Galaxy S III party.

The thing is that we’ve seen the suggested specs as well as a few ‘is it? isn’t it?‘ pictures.

Now I hear that the next gen Sammy smartie will be equipped with a quad-core processor, 1080p screen, and a ceramic case.

Under the S III’s hood will be a 1.5GHz quad-core Samsung Exynos processor, the same make as in certain versions of the S II.

The retina-pleasing screen will be a 4.8-inch 1080p 16:9 screen job with the tiniest of bezels. The Samsung S III has been promised and edge-to-edge screen and will probably appear before the iPhone 5.

The Samsung Galaxy B could well be the codename for the S III.

All this will run on Android 4.0 (Ice Cream Sandwich), most likely given the once over with Samsung’s user interface: TouchWiz.

Release dates are sketchy, to say the least. I would say Q2/Q3 – yeah, I don’t gamble that much 😉