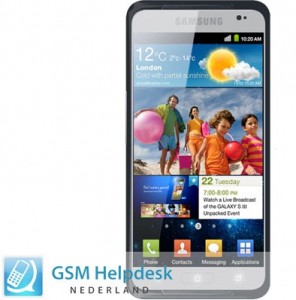 Could this be the Samsung S III? Well, according to GSM Helpdesk Netherlands, this is an official press shot of Samsung’s next superphone.

The image matches another supposedly official press shot that I saw the other day (see gallery below) and the the timing makes apparent sense as it’s about a year since we first saw a leak about the Galaxy S II with the launch date breaking early April 2011.

Things didn’t sit completely right with the image in the gallery as Samsung no longer use Weber Shandwick as far as I was aware – but then, things change.

Also, I wasn’t wholly convinced by the colour scheme but then, I’ve never professed to being a designer 😉

There are details that do ring true though such as the May 22 “Samsung Unpacked” notification taking place in London. Samsung has held “Unpacked” press conferences previously and the date would match up with Samsung’s claims of a standalone debut in the first half of 2012.

What’s more, a London location also makes sense as Samsung is expected to be a major advertising partner for the 2012 Olympics which just so happens to be taking place in this capital of ours.

The leaked specs follow the rumours of a 1.5GHz quad-core processor powering a 4.7-inch 720p Super-AMOLED screen at 313ppi, and a 12MP camera.

Latest news comes from an anonymous source reported in Korea’s DDaily. It claims that the Samsung Galaxy S III will also pack wireless charging. That would be interesting to see as the phone in the picture is very slender and all the contact charging packs I’ve seen are rather hefty.

Come on Sammy – time to spill the beans! You’ve even already leaked it on your own website as well as on video!