Samsung Galaxy S III at Phones 4U on Friday – Confirmed 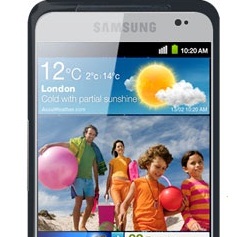 Following on from my news this morning that Phones 4U were preparing their Oxford Street store for a new Samsung – Gadgety News reader, Rob_88 has contacted the phone pedlar.

Rob_88 says that he has spoken to one of the store’s managers and he was told that the Samsung Galaxy S III will be on the shelves on Friday.

I’ve not had chance to corroborate Rob’s tip but I have no reason not believe a fine, upstanding reader of Gadgety News 🙂

So, Friday March 30th at the Oxford Street Phones 4U store – you going to be there?