Samsung Galaxy S 2 – Early at Phones4U, Late at T-Mobile, on time Everywhere else 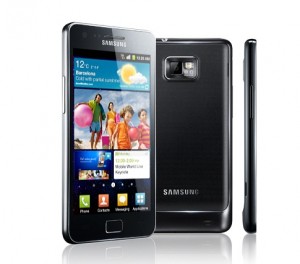 The Samsung Galaxy S II, Sammy’s dual core packing Android smartphone, is only a week or so away from its UK outing and yet one retailer reckons that they can hand you it within the week!

The major networks all seem to be offering Samusng’s Galaxy S II with O2, Orange, Three and Vodafone scheduled to the phone from May 1st – the officially announced release date even though it’s a Bank Holiday Sunday.

But there’s always one that feels it can do better – and that one, in this case is hand-shape making Phones4U who are vending the dual-core handset now. Not only that, but Phones4U promise to have the Sammy smartphone in your hands a mere week away on April 27th!

Not all is well if you’re tied-in with T-Mobile and are lusting after the S II – you lot wont be able to talk your new Samsung home til June! A whole month later than everyone else! That’s the word on T-Mob’s own ‘Coming Soon’ page.

Now, I think that is a tad unfair as T-Mobile’s sister company under the Everything Everywhere banner, Orange appears to be vending with the other cool kids on release day.

The S II will land with a 1.2GHz dual-core chip instead of the 1GHz model that Sammy was originally going to shove in it.

The S 2 is the successor to the Galaxy S and is kitted out with a monster 4.3-inch Super AMOLED and 8-megapixel camera.

So – are you happy with getting it on May 1st or will you head to Phones4U to get an pre-holiday purchase? Are you a T-Mobile customer that’s a bit peeved at watching those smug gits over at Orange laugh at you?