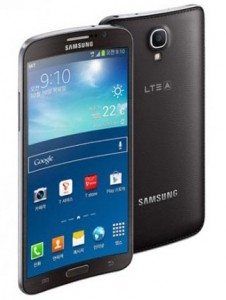 The curvy-screened Samsung Galaxy Round broke cover earlier this week in an unboxing video (below) and now there’s more details about the dish-displayed mobile.

The Samsung Galaxy Round was made official recently and it sounds as though the device will only be available in South Korea at a cost equivalent to £625.

Even if you had that much cash available to buy this curious phone, according to a report, Samsung see the Galaxy Round as a prototype device and it will only see a very limited production run.

Sammy has absolutely no plans to launch the handset in the US and Europe.

Asking customers to pay $1,000 for a prototype device does seem a cheeky way of testing the market. Although, saying that, I am sure there’s plenty of people out there wanting to be the first to rock up to a party with a smartphone packing a curved display.

The Samsung Galaxy Round features a 5.7 inch display that is curved horizontally from left to right, the display is a flexible Super AMOLED display that has a resolution of 1920 x 1080 pixels.

The Galaxy Round is powered by a quad core 2.3GHz processor and also features 3GB of RAM, the device also comes with a 13 megapixel camera.

Is bendy trendy or is curvy pervy?