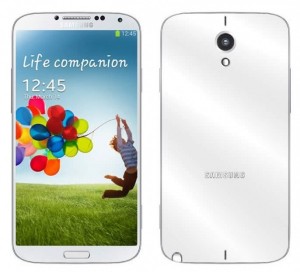 The Samsung Galaxy Note 3 phablet should be announced in the first week of September and could come sporting the same Snapdragon 800 processor found in the newly released LG G2 instead of using Samsung’s own octo-core Exynos 5.

According to IBTimes the reason for this switch was that Samsung has been having problems with the Exynos 5 overheating and so until a more stable solution can be found the smartphone giant will be opting for Snapdragon’s 800 series.

The Note 3 has been said to also be coming equipped with a larger Full-HD display over the Galaxy Note 2, the Note 3 will supposedly arrive with a huge 3GB of RAM and come with a 13MP camera on the back.

Other rumours had put the Note 3 packing a flexible display but this has been dropped in favour of the expectation that Samsung will in fact launch the Galaxy Gear Smart Watch alongside the new smartphone instead.

The Galaxy Note 3 is set to be launched at the special Samsung Unpacked event on September 4th just a few days before IFA 2013 begins in Berlin.