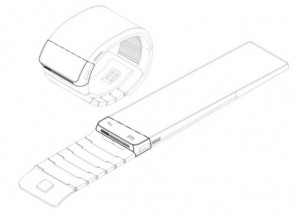 Samsung appears to mean business with their wrist-wearable tech as newly-discovered trademark filed with the USPTO dated July 29 for the Galaxy Gear has found its way to the interwebs.

The Samsung Galaxy Gear, previously thought to be the Altius, is the given name for their “wearable digital electronic devices in the form of a wristwatch, wrist band or bangle capable of providing access to the Internet and for sending and receiving phone calls, electronic mails and messages.”

This latest push from Samsung has obviously been triggered by the Korean company watching (sorry) Apple apply for an iWatch trademark in various countries around the world. This could be taken as proof that Sammy is indeed working on a smartwatch.

Previous reports have said that Samsung is working on a smartwach device, and technical patents filed for by the company suggest it’s looking at designs with flexible displays, though that tech might still be a few years out according to sources in the display manufacturing industry.

Even so, the trademark filing indicates Samsung is serious about staking out ground in the wearable market, whether or not it’s ready to bring those products to consumers just yet.

A Samsung smartwatch would likely be an Android-based affair to partner up with the company’s line of Galaxy Android-based smartphones and tablets, but judging by the wording of the patent it might be capable of acting alone to perform a number of functions, without necessarily requiring a smartphone tether.

The iWatch has been rumored for a long while now, but Apple started securing trademarks for the name in Japan, Mexico and other countries last month, even though it faces competition from others who already hold the mark in other key markets.

We could even see the iWatch before the new year as Apple CEO Tim Cook’s repeated statements that there’s a lot of “new products” in the works for the end of this year and throughout next.

Knowing how Samsung and Apple tend to fight like cat and dog over, well, pretty much everything could we see 2014 being the year of the smartwatch?