Samsung Bada Goes Public (a bit) – So Far So Good 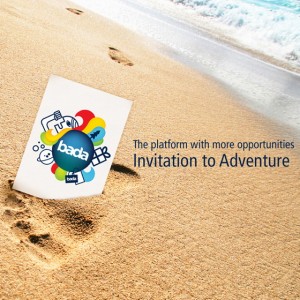 Samsung Bada went a little bit more public today when I got a press-release in my mailbox that started:

Samsung bada (meaning Ocean in Korean) is a driving force in accomplishing Samsungâ€™s vision of a â€˜smartphone for everyoneâ€™.

Samsung Bada is pretty important as itâ€™s actually built on the companyâ€™s Touchwiz interface and is being aimed at Sammy’s mid-range blowers.

This could mean an end to the snootiness of apps being reserved for the highend elite.

Samsung says that the Bada SDK will go beyond what weâ€™ve already seen from rivals, letting developers create apps with face detection, and even access proximity and weather sensors – but, then they would wouldn’t they?

It appears that Sammy is taking a leaf out of Android’s book and allowing developers pretty much free range with the app building – unlike a certain orchard fruit-named company where apps have to follow strict guidelines that includes the not using “undocumented features” of the phone, for example, its proximity sensor 😉

When I say free-range I means it as Bada will even allow third party apps to perform core phone functions, such as making a call – Not even Android has that yet!

Samsungâ€™s pledging a series of developer days across the globe in 2010 to introduce coders to its new platform. Itâ€™s also launching a challenge to developers, giving them the chance to win a share of a $2.7 million prize fund.