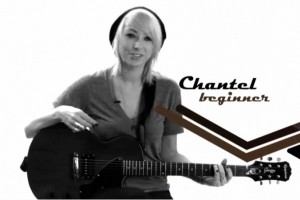 If you’re actually a guitarist or at least know your way around one then those plastic axes with buttons, not strings, may have confused you a little.

Now that Guitar Hero was found dead in a motel room itâ€™s time for something new to stride up to Rock Band and put its foot though RB’s speaker.

Here is Rocksmith from Ubisoft. It’s half game, half guitar lesson and 100% fun!

Rocksmith uses real instruments and will actually teach you how to play a â€œrealâ€ guitar.

Just plug your guitar into an Xbox 360 or PS3 using the standard Â¼ inch jack and rock out.

Rocksmith is the â€œfirst and only game where you can plug into any real guitarâ€.

If you’re looking to step up from the button-loaded mini guitars and are a bit concerned that your virtual axe skills wont cut it – Don’t you fret about that (see what I did there?).

The gameplay is adapted to your personal skill level which will see you go from bashing out single notes to rocking complex chords. Thereâ€™s four difficulty modes to choose from and you can opt to play rhythm or lead before you hit the stage – there’s also a multiplayer mode 🙂

There’s no official play list at this point but Ubisoft promises that the game will â€œcapture a wide range of musicâ€.

Anything that will get people playing real instruments again has to be good! Only thing is that when the bass version arrives I’ll have no real excuses why I suck 🙁