RIM now has BlackBerry World and promises videos and music 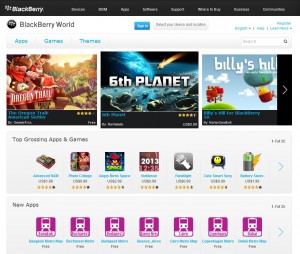 RIM has changed the name of its app store from BlackBerry App World to BlackBerry World as well as promising new types of content, such as music and videos. Party on!

The new name reflects the new kinds of content RIM will make available to the store, which will be available under ‘Videos’ and ‘Music’ sections, though at the time of this writing those types of content still aren’t actually visible in the UK but don’t worry – they’re empty elsewhere. RIM claims the new store will be a “one-stop shop for all of your entertainment needs.”

The change to RIM’s online store is rolling out now, and should be available to everyone in the next 24 hours.