RIM Looking to Windows Phone instead of BlackBerry 10 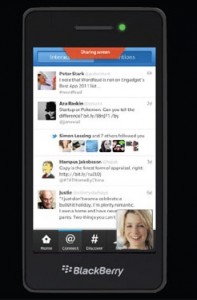 First there has been word that BlackBerry may be ditching its famous QWERTY keyboard in favour of going totally touchscreen and now it’s said that RIM might make the BlackBerry a Windows Phone!

There’s no doubt that RIM hasn’t had it easy. Their BlackBerry PlayBook didn’t live up to expectations, London rioters utilised BlackBerry Messenger to coordinate their crimes and, more recently, the news that the BlackBerry 10 OS release has been delayed til 2013.

You can see why they’d just give in and switch over to Windows 8.

RIM has already been approached by Steve Ballmer with a view to setting up a Nokia-style partnership – the BB cobbler said no thanks.

Now that the BB 10 release date has been knocked back again, short-cutting to Windows Phone 8 must look tempting. The thing is that RIM would have to trust a third party over its renowned security which has made it the go to phone for enterprise customers.

Would you buy a Windows Phone-powered BlackBerry or do you think it would defeat the object of buying BB?