RIM Kill off PlayBook in Favor of BlackBerry Superphone! 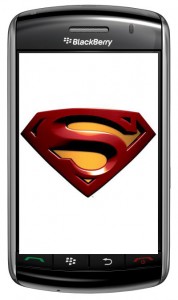 Word on the street is that BlackBerry cobblers, RIM, have decided to pull any plan to release a 10-inch follow-up to their PlayBook tablet which only landed in the UK on June 16th.

This news comes from BlackBerry newshounds, N4BB, who apparently have received word that RIM was indeed planning a larger PlayBook 2 which would sport a 10-inch screen – it seems that the Canadian techies have had a change of heart. Their report states that they are now favoring some kind of BlackBerry ‘Superphone’.

I’m surprised that RIM seem to be so easily scared away from the tablet market after just one release. The PlayBook got a number of things right: It looked great and possessed a very slick and smooth interface – however it was the lack of apps and the fact you needed to be a current BlackBerry already in order to access things such as the calendar was confusing and irritating.

But surely RIM could see the error of their ways and work on keeping their potential customers happy ?

After reading the supposed BlackBerry Superphone specs though – this is a lot jucier than a larger PlayBook!

The BlackBerry+ could be rocking a 1.2GHz processor matched to a 4.3-inch touchscreen, and would run the same operating system as the current PlayBook – QNX.

That would mean that RIM would have both a tablet and phone running on the same platform which could entice app developers to start building apps for the devices.

Would you prefer RIM to produce a PlayBook with the little foibles ironed out or have them return to their more usual territory of business friendly blowers?