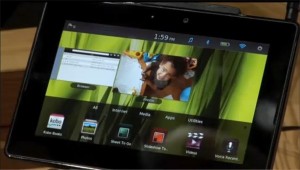 Yesterday I reported about the disappointing news that suggested RIM‘s BlackBerry PlayBook may be delayed due to issues relating to poor battery life.

Well, in the interests to keep everything level I am pleased to announce that RIM has come back with that via following statement sent to Erictric:

“Any testing or observation of battery life to date by anyone outside of RIM would have been performed using pre-beta units that were built without power management implemented. RIM is on track with its schedule to optimize the BlackBerry PlayBook’s battery life and looks forward to providing customers with a professional grade tablet that offers superior performance with comparable battery life.”

So, in short, there could be a few test models out there that have yet to be tweaked.

There are, however, still questions left unanswered – what is the battery life going to be ‘comparable’ with and does this mean that RIM are still looking to release the PlayBook on time?