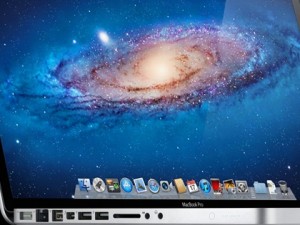 You all love a juicy Apple rumour don’tcha? How about MacBooks and iMacs being equipped with Retina Displays?

It seems that there is a strong hint that the HD Retina Display resolution enjoyed on the iPhone and, perhaps, soon to appear on the iPad 3 may well be shared with Apple’s MacBook range.

The discovery was unearthed in a recent Mac OS update that has since been pulled. The update was reported to contain some high-resolution cursors, hinting that Retina display packing iMacs are on the way.

“Apple is likely to launch its new MacBook Pro lineup with a display resolution of 2880 by 1800 in the second quarter of 2012, setting a new round of competition for panel specifications in the notebook industry, according to sources in the upstream supply chain”.

Using a technology called HiDPI Apple is able to combat the common problems that are encountered when outputting to high-resolution screens.

You see, generally what happens when you output to a high-res screen is that the icons become smaller – because the same number of pixels are being used it’s just that they’re packed closer together and on a much larger screen.

With HiDPI though, it uses high-res icons to keep the image the same size no matter how many pixels it uses.

As there aren’t any MacBooks or iMacs sporting Retina displays currently it is firmly believed that these high-res icons are in preparation for future product launches.

It all sounds like Apple is making a considerable push to higher resolutions. The iPad 3 is heavily rumoured to be featuring a better than HD screen as well as a thicker form-factor which will bring it in line with the iPhone.

It does make sense for the MacBook Pros and Air to be sporting similar tech.