Register for a HTC Wildfire with Vodafone 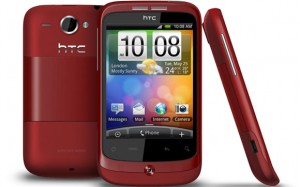 It seems that HTC’s Wildfire, which was named by way of Facebook votes, is headed to Vodafone as they’ve announced that you can now register for the Android blower.

The HTC Wildfire replaces the Tattoo but is so much more than just a bigger and better 3.2 inch capacitive screen – think of it as a smaller, cheaper HTC Desire. Itâ€™s packing the processor of last yearâ€™s flagship HTC Hero for a start.

Wildfire comes equipped with a five megapixel camera, Wi-Fi, GPS and Android 2.1 for now – but expect a Froyo update.

You also get the Sense skin. This social networking friendly topping hands you the same free Google Maps satnav seen on the Hero and Legend but Wildfire adds Facebook profile pictures and status updates that pop up on incoming and outgoing phone calls. So, when you call someone you’ll know what they’ve just eaten or that they like hats.