The news of a red Xbox 360 Elite with a 120GB hard drive, Resident Evil 5, Super Street Fighter II Turbo HD Remix, and a few other bits and bobs (cables and such) has been broke all official like.

According to the German press release this limited edition bundle will hit Europe on March 13th for â‚¬299.

If and when I get more you’ll get it 🙂

Get your pre-orders in though – limited number will be available 😉 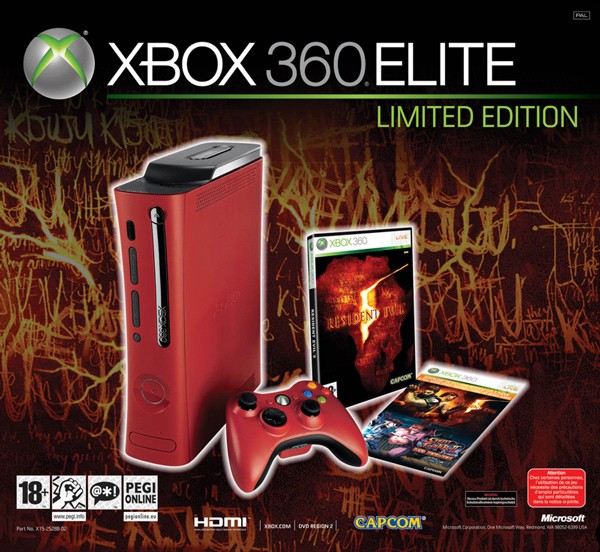