Reason for Cost of TV Licence Revealed – BBC Has Lost Â£240,00 Worth of Gadgets 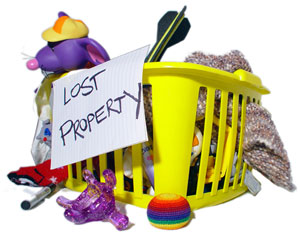 Yesterday I found myself trying to defend the price of the TV licence but after finding out that part of this revenue goes to staff that can’t remember where their BBC issue tech is I’m not so sure I want to keep on paying.

It turns out that workers at the Beeb have managed to misplace Â£241,019 worth of gadgets between April 2008 and March 2010 according to a freedom of information act request.

Computer security firm Absolute Software, who put in the request for these details, said staff needed to be more careful. That’s putting it rather mildly aint it?

146 laptops, 17 BlackBerrys and 65 mobile phones are AWOL from Auntie Beeb with Dave Everitt from Absolute Software stating that:

“It is shocking that any organisation could lose so much equipment, but the BBC is just one of many we’ve seen recently, proving it’s all too common.

“In this case, however, this technology is paid for by the licence payer and employees should be far more careful about how they handle it.”

It’s bad and the fact that we end up footing the bill is outrageous but the BBC still have a long way before it looses as much tech as our beloved MOD who have reported Â£620,193 worth of devices as being lost or stolen 😉