I’m not going to start this review with boxing cliches. There will be no “this packs a punch!” or “the gloves are off!” or “in the red corner…“. It would be lazy writing and you, the reader deserve better.

That being said, Real Boxing is a total knockout. Sorry, but it really is. If you love boxing and love the Vita, there is absolutely no reason not to get this game.

Seriously, Vivid Games have nailed it. 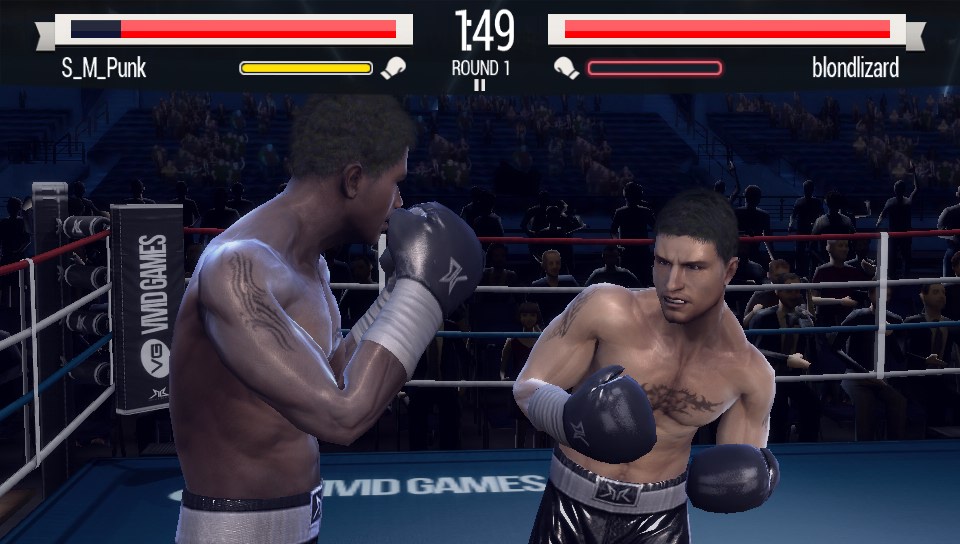 The intro to the game looks stunning-you’ll believe you’re live in Las Vegas or for us Brits, watching it on Pay Per View at 2 in the morning. The music, the flashing lights…you can tell that Vivid have taken care over this, going back and fine tuning details to make it look extra…punchy. Seriously though, the intro will get you so fired up you’ll be conflicted about whether you want to play your Vita or hit the gym. Real Boxing was previously released on iOs, but this version of the game knocks that one to the mat. There’s not a glitch or bug in sight, and loading times are quicker than a 10 count.

The main mode you’ll be diving into is Career mode. You have Multiplayer (which runs incredibly smoothly), Quick Fight and if you don’t feel ready to enter the tournament’s you can train in the Gym. There’s also little touches you would hope for and expect in the Profile section too, where you can pick your nationality, the colour of your shorts, add tattoos and so on. As I said earlier, these are all prior to the Main Event of Career mode. Here there are 3 tournaments: Roosters, Night of the Champions and Boxing Legends. Each tournament has 9 fights, and are done almost like a league table. When you get to fight 7 of 9, you’re essentially in the semi finals. If you think you’re going to lose, you can exit the game and start again. With each fight, you can earn cash and points. One way to earn is completing an objective given to you before the bell rings. For example, it may be “Win with a KO using an uppercut”. With these rewards you can upgrade your fighter’s attributes – bulking up your speed, strength and stamina to help you on your path to becoming a champion. The objectives and fights are totally doable, especially as you can change the round time to 30 seconds in Options. Once you get the hang of the controls and upgrading, Real Boxing is a blast. 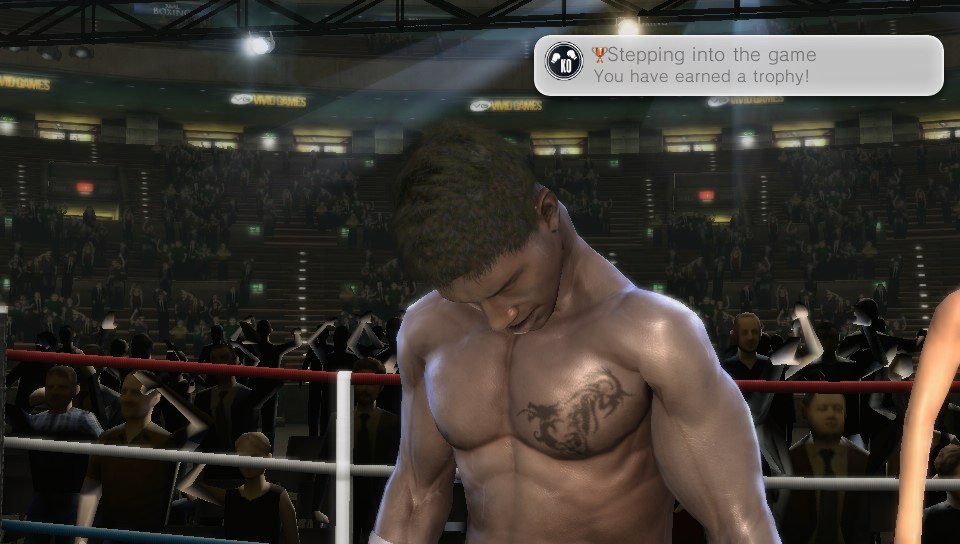 Controls wise, you can use buttons or the toggle sticks. The key to victory in Real Boxing is not wasting your punches. You can’t just endlessly mash buttons here. Like Boxing in real life, strategy is needed. If you just endlessly swing a right hook at someone and don’t connect, your stamina will deplete and you’ll be vulnerable. Real Boxing is as much about knowing when not to hit as much as it is knowing when to strike with a quick jab or a fierce uppercut. The tilt controls are used here excellently as well. When your health is low, you can grapple your opponent in the middle of the ring and you’ll have to tilt the Vita to keep the arrow in the green. If you do so successfully, you’ll regain some health and you can get back to kicking someone’s ass. If you do get laid out, you can quickly hit the trigger buttons repeatedly to get up. The more times you go down, the harder it is to get up.

As I said before, if you love Boxing and love playing your Vita, this game is perfect for you. Even if you’re not a huge fan of boxing you will enjoy it all the same. There’s blood and sweat, but no tears here, because Vivid Games have delivered a game that Boxing and Vita fans deserve.