Read Marvel Comics and Others on Your PSP 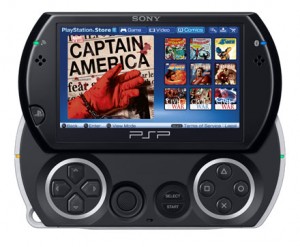 I’ve covered next-gen comics a few times here on GadgetyNews in the form of Longbox, and Marvel’s motion comics but now here’s a follow-up to the PSP comic store news I broke in March.

The new digital reader service that’ll be bouncing onto both PSP3000 and PSP Go will allow their owners to access a stack of media on their handheld – the initial launch will be the Digital Comics in December.

Marvel is one of the big partners in on the project, along with content from others such as Star Wars publishers IDW Publishing as well as a load more who will be offering readers graphic novels on the hoof.

All you’ll have to do is download the digital reader from PSN when it’s released in December, and then you’ll be set to start downloading your comics of choice over any wireless connection. Sweeeeeeeeeeet!

Do you think this will be as good as it seems?