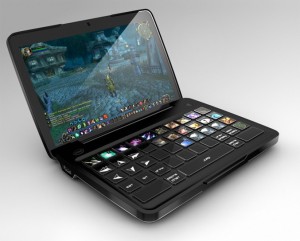 Razer is well respected in the gaming world (even I use a Krait mouse) – but when they flashed their Switchblade portable gamer I thought it was destined to follow the ill-fated Panasonic Jungle.

Razer seem to be committed to their new device as they’ve just announced a partnership with Intel and Chinese gaming big hitter, Tencent, in order have something to play should/when the Switchblade arrives.

The new agreement is a three-way deal – it ensures that Tencentâ€™s games work perfectly on the platform, which means optimised drivers by Intel, customised assets by Tencent, and of course the hardware from Razer.

â€œThis is the first time three of the biggest technology brands in China have come together,â€ said Min-Liang Tan, CEO and Creative Director, Razer, â€œweâ€™re united by a common goal to deliver the best portable gaming experience to as many gamers as possible. With the RazeSwitchbladeâ€™s adaptive tactile keyboard, Intelâ€™s range of processors, and Tencentâ€™s popular games, this is no lofty goal â€“ itâ€™s happening right now.â€

I have to admit that it does look pretty awesome but how much is this thing going to cost?

Will there be any other gaming houses stepping up to populate this new platform? Let’s face it – most developers are looking to Android and iOS to make themselves rich so why risk a brand new device that’s trying to nestle between the trendy tablets and pocketable handheld gamers.

From what I can see the Switchblade is a gaming device deisgned by and for hardcore gamers – but surely that’s what gaming laptops are for…..

What do you say?