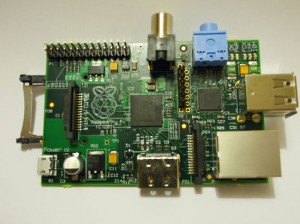 Raspberry Pi is a computer that will cost less than £20 and it has been announced that the project will be available in the UK before the end of February.

The guys over at Raspberry Pi have announced that the first batch of computers will be finished by the 20th of February, and they will go on sale in the UK by the end of the month.

The company had hoped that the Raspberry Pi would be available before the end of February, although they have had a few production issues with sourcing materials.

“The Raspberry Pi Foundation had intended to get all its manufacture done in the UK; after all, we’re a UK charity, we want to help bootstrap the UK electronics industry, and doing our manufacturing in the UK seemed another way to help reach our goals,” it said in early January. “We investigated a number of possible UK manufacturers, but encountered a few problems, some of which made matters impossible.”

This has led to a short delay, which means that the devices will go on sale by the end of the month, there are no details how many will be available in the first batch, although it’s expected that they will sell out pretty quickly.

The package is powerful enough to replace the Boxee Box

Despite the small size, the Raspberry Pi has enough power to support 1080p video and can run the XBMC software.

That XBMC software is a media center platform that works in a very similar way to the Boxee Box – and there’s a very good reason for that similarity.

Boxee was a spin-off from XBMC years ago!

XBMC will come to the Raspberry Pi hardware in a form called Raspbmc, which is being worked on right now.

Just take a look at the vid below.

Nip over to their site.