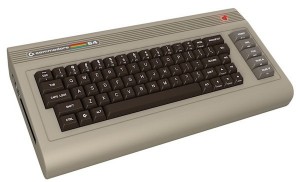 Back in 1982 there wasn’t even room in your wildest dreams to dare to imagine your Commodore 64 packing a 64-bit Quad Core processor – but now this is not only possible in your dreams, you can actually own one of those beasts!

The Commodore 64 Extreme model has now been unleashed thanks to Commodore USA – the very same team that brought you the Commodore PC64 last year.

The C64-EX may look like its 80s throw-back but under the hood it is an entirely different matter indeed. This up-to-date monster has a processing engine around 8,000 times more powerful than old New Romantic.

There’s also 8GB of RAM, a 2TB HDD, 2 USB 3.0 ports (as well as the 5 old-skool USB 2.0 ones), SPDIF, HDMI, DVI and VGA ports and plays nice with both Ethernet and Wi-Fi connectivity. This is definitely no longer an 80s puter.

Commodore USA seem to have thought of everything – except they have skimped on a Blu-ray and have opted to sling in a RW DVD drive instead.

The machine runs Linux Mint 11. Saying that though, it’s more than capable of taking Windows 7 should that be more to your liking. You can even have a retro Commodore OS skin as well 🙂

Barry Altman, president and CEO of Commodore USA says that: “The Extreme is fast, fun and well suited for computational intensive applications from CAD, video editing, software compilation and sound processing” and “The C64x Extreme is also fantastic for web surfing, social media and office automation. The Intel HD Graphics 3000 GPU resides on the same die as the 32 NM CPU, making the C64x Extreme super fast for family and retro gaming, and is suitable for all but the most demanding 3D games.”