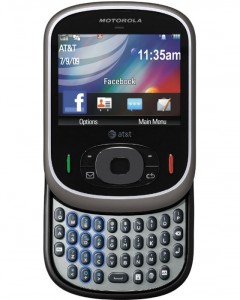 It’s been a tad quiet out there in Microsoft Pink land seeing as the Zune has been capturing most of the headlines.

Apparently Redmond HQ will be busting out a pair of smartphones, with the help of subsidiary – Danger.

This also means that instead of the HTC gear that was originally hinted at the hardware will be thanks to Sharp – Both phones could be branded as â€œMicrosoft+Sharpâ€.

As you might expect, the two Microsoft Pink phones will take different form factors: one the â€œTurtleâ€, will be kinda like the Motorola QA1 pictured and the “Pure” will be more like a regular candybar slider.

These phones are said to debut at CES in January.