PSP 2 With Touchscreen, Bluetooth and 3G? 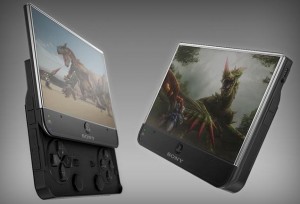 Â “Credible sources” are being cited as saying thatÂ the next gen Sony PSPÂ will pack a touchscreen, as well as other goodies.

Despite Sonyâ€™s denials, it seems that the evidence is building up.

I’m guessing that the trad controls will stay but there doesn’t seem to be a mention of this – I’m just thinking backwards compatability with the existing titles.

The rumours come not long after a Sony survey was leaked to PSPFanboy which asked for gamerâ€™s opinions on such features as Bluetooth networking, GPS, PS3-PSP file transfers and.. a touch screen interface.

No idea (of course) when any of this will happen……..

For now though Sony seems quite content to spray paint their existing handhelds with four new â€˜carnivalâ€™ colour schemes.