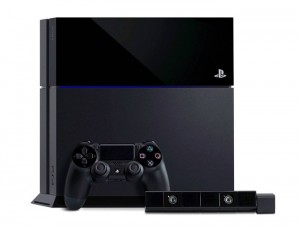 Sony launched their next-generation PlayStation games console last week, and the company has already announced that they’ve shifted over 1 million PS4s within the first 24 hours alone in the US. But, that doesn’t mean everything has gone smoothly.

Getting straight in with new hardware is always a risky business and being the proud owner of a shiny new PlayStation 4 console doesn’t make you immune from disappointment.

Sony has now opened an official support thread on the Sony forums offering support and advice for gamers who have experienced this issue.

Unfortunately, Sony is unable to point to a single cause which triggers the PS4s unconvincing TARDIS impression.

Instead, the post suggests issues may stem from TV compatibility alongside potential issues with the PS4 power supply, hard drive or “other PS4 hardware.” The frequency of these issues was not confirmed in the post. I’m taking that as pretty much a “we don’t know”.

To troubleshoot the system, PlayStation Support suggests performing a hard reset, checking your hard drive connection, booting the PS4 in Safe Mode and checking the firmware of your television.

For more information on the new PlayStation blinking blue light jump over to the official Sony website for details at the PlayStation Support forum.