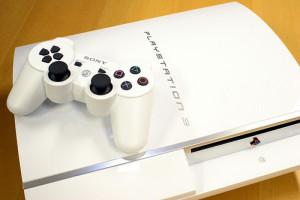 Still got that crimbo money from Aunty Ethel and that Uncle that you’ve never seen over in Australia?

Still thinking about putting it towards a gaming console?

Perhaps you want them all!!!

Well, unless your plans involve a Wii, you should hold on to that folding for a few months as those two may be facing a price cut.

That’s the prediction coming from games analyst Michael Pachter, who is claiming that Sony will knock down the price of the 80GB PS3 in the US from $399 to $299 in April, with the Xbox 360 Pro coming down to $249 around the same time.

It’s all down to demand (that’s why the Wii will not be finding itself bargainised as it’s still flying off the shelves), with Sony lagging behind Microsoft in sales by around 2:1 and neither coming close to to the Wii’s 3.25 million unit sales in the US in December alone!

As I’ve stated that’s all based around the US market, but as you might have guessed, a cut in one territory is almost certain to lead to a drop elsewhere.

Which could mean a drop for the PS3 from Â£299 to Â£249 in a few months and perhaps it will give it that needed helpful hand in the UK.