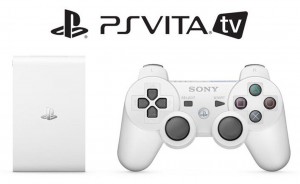 Sony’s clever little PlayStation Vita TV could well possess secret powers in the form of being able to stream PS3 games from the cloud, as well as streaming PS4 titles direct from Sony’s next-gen console.

It appears that the newly announced PS Vita TV unit could be able to punch way above its tiny weight if word from a Sony bigwig pans out.

According to Sony Computer Entertainment President, Andrew House, who made this point during an interview with TechOn:

“Technically, the PS Vita TV can support [PS3] games. Therefore, SCE is considering providing PS3 games to the PS Vita TV by using the service in the future.”

Sony has already revealed that the PlayStation 4 will be capable of streaming PS3 titles from the cloud using its Gaikai service, and the PS Vita TV looks to be taking a similar approach which will no doubt make it even more attractive.

This might go some way to balancing the obvious stumbling block, namely the PS4’s lack of backwards compatibility, but Sony looks to be committed to cloud streaming for its vintage titles – and the idea of being able to access your old PS3 games through the tiny PS Vita TV is certainly mighty tempting.