The Project Mayak team has announced the official start of preparations for the launch of the Mayak satellite into orbit – the first Russian spacecraft created by crowdfunding. It will also become the brightest star in the Earth’s sky.

This exciting space venture is the work of a skilled team including the official Chief Stress Therapist, Quasar – the furriest one of the team.

The founding team first created a model of Mayak and then looked in to getting the project crowdfunded. They managed to raise almost £5,000 which meant that they could take their project to the next stage.

Once the Mayak satellite has been launched and is in a steady geosynchronous orbit, Mayak will unfurl its sun reflector, which will sparkle like a bright and shining star. From Earth’s surface, It will look like the brightest star in the night sky twinkling away.

The satellite is a container that holds ammonium carbonate, polymer film, two gas generators and a computer. Ammonium carbonate will decompose when heated to give carbon dioxide, water and ammonia.

After takeoff, a gas generator should start to fill with gas the frame of the pyramid by its ribs, whereby it will take a flat and stable form. Another gas generator will cause the satellite to spin, which will make it more visible to people at night. 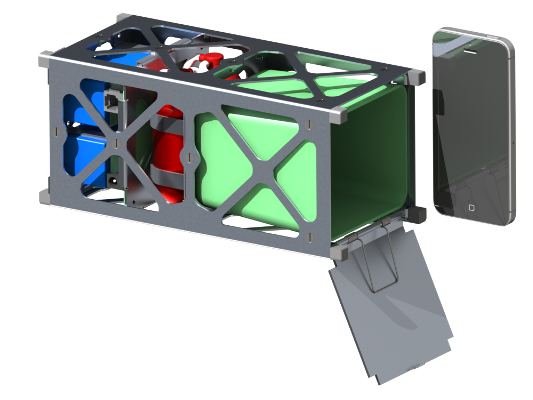 The reflector is the three-meter pyramid of reflective metallic membrane, which is 20 times thinner than a human hair! During the launch, the reflector is neatly folded inside the satellite and, after reaching orbit, it is straightened out in to its functioning shape.

We want to demonstrate through a practical example that space, the final frontier, has become closer and more accessible, and now launching a real spacecraft can be accomplished by friends and adherents”

He goes on to say:

Everyone who will find our star in the night sky, will see not just reflection from the satellite. It will be reflection of a dream of millions of people who united to reach a common goal.” 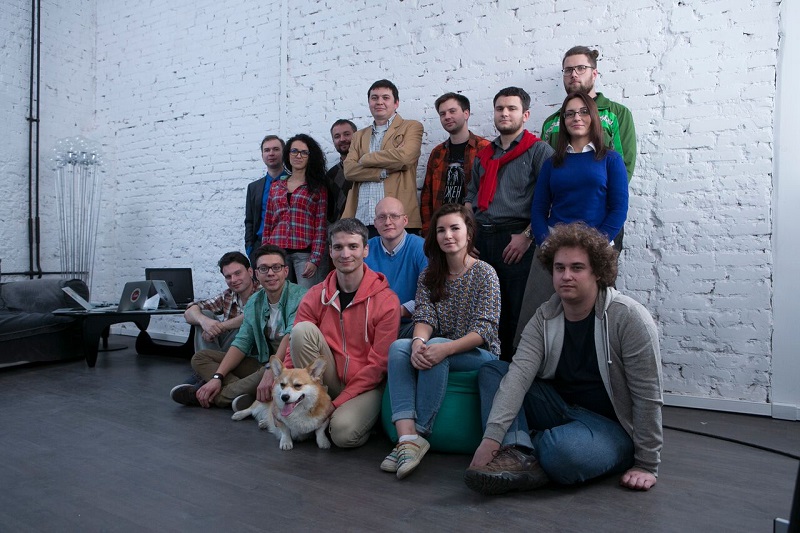 Besides the fact that Mayak will become the brightest star in the sky, it will also help with implementation of several scientific goals.

Among those goals is a real flight test of an aerodynamic braking device, which subsequently can be used for de-orbiting space debris. This will utilise Mayak’s pyramid as a reference object for checking calculations of apparent magnitude of space.

The problem of space debris has become more and more important – for now, there are over 100 million pieces of debris smaller than 1 cm, and more than 1,500 objects, over 100 kg, moving around the Earth at speeds of 7 to 8 km/s, which is really dangerous.

Also, it will help to gather new information about the density of air at high altitudes.

The Mayak launch is scheduled to the second quarter of 2016 from the Baikonur Cosmodrome, by carrier rocket Soyuz-2 with the Fregat booster.

The Project Mayak Team has already signed a launch agreement with a state corporation “Roscosmos”.

To find more about Mayak Project please visit cosmomayak.com and check out the video below:
[youtube id=”IBtI_pV4Q_I”]

LabStyle Dario turns your smartphone into a diabetes monitor