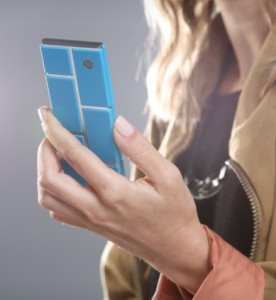 It’s been about a month since my last Project Ara / Gray Phone update but Google has released some exciting news about the modular smartphone.

Google has just revealed some images and video so that we can actually get a first look at a working prototype of Project Ara.

The video was uploaded to the Phonebloks YouTube channel and you get to see the phone running stock Android and fully working, albeit it rather laggy.

The video also gives some insight in to the design and thought process behind making a device that users can upgrade and customise to their liking.

The current prototype model is known as Spiral 1, it is white and boxy but at least it works and is a bit more stable than the prototype shown off at Google I/O back in June.

At the moment, only half of the prototype’s space is open to developers but NK Labs ensures that the next prototype, Spiral 2, will use some special Toshiba chips to open up more modular space for development functions.

It’s thought that Spiral 2 will be out and about during the Project Ara developer’s conferences which Google has planned for January. I certainly can’t wait to see where they have got to with it by then.

Google is currently aiming to have the first Project Ara devices out on the market at some point next year and at the rate it is going, it’s looking like it might actually happen.

Do you welcome the arrival of a modular phone? Let me know below 🙂