Pressy – the smartphone headphone button that can do anything 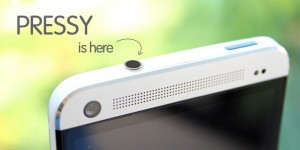 Ever wanted to add a smart button to your mobile? Is your phone perfect but for the lack of a physical camera shutter button? Well, shove Pressy in to your smartphone’s headphone socket and you’re sorted.

Pressy promises to bring back simplicity to your phone thanks to adding this intuitive physical button.

The Pressy device fits in the headphone socket of any Android phone running Android 2.3 or above, and the Pressy button sticks out 0.7mm above the handset.

Don’t worry though, music fans. When you want to use the headphone socket to listen to some tunes, the Pressy button fits into a keyring attached to the device, which means your headphones can be plugged in and the button can still be pressed.

Once the device has been placed inside your mobile phone’s headphone socket you can then head to the Pressy app and decide which action you want the button to perform when it’s pressed. 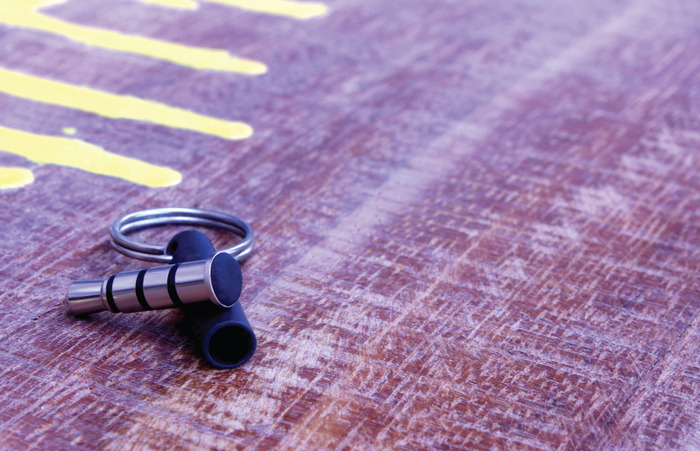 This can include calling a specific contact in the address book, sending a text message, opening the camera app, checking into Facebook, broadcasting the your location in the case of an emergency, and more.

Any action that can be performed on a phone using the touchscreen can be assigned to the button and the button can also register long and short-presses, as well as a series of clicks.

This means Pressy can be used to perform a number of different actions depending on the sequence of presses used.

For example, three short clicks could be used to phone a particular friend, while a long press could turn on the phone’s flashlight, or two short presses followed by a long press could open the camera – it’s then up to you to remember those sequences 😉

It gets even smarter as sequences can also be used in combos! A series of presses in a certain pattern could open the camera, take a photo and upload it to a social network site. Boom! 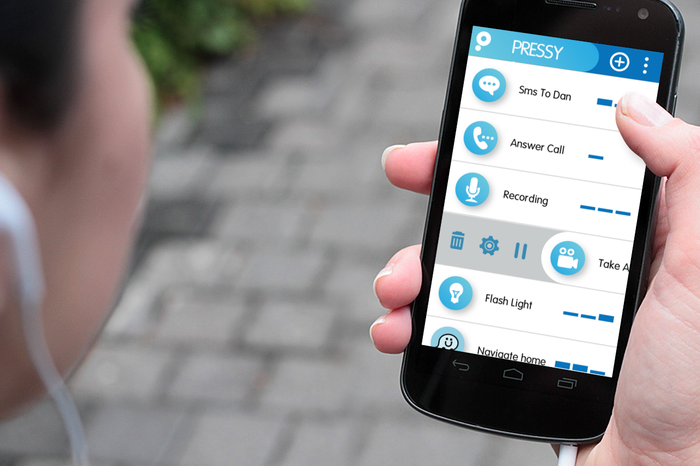 Pressy’s designers have left the door open so that other developers can create ready-made actions within certain apps.

Pressy has already reached its Kickstarter campaign target funding goal which means that the devices will go on sale after the campaign closes on 1 October and are expected to be delivered by March next year.