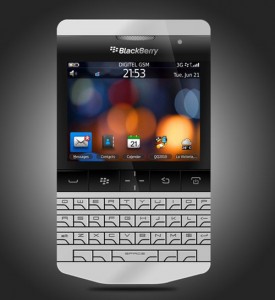 After the recent Slough-based silencing of BlackBerry’s global network the Canadian phone builders may have to try a little harder than offering a few apps to entice users back come contract update day. How about a QWERTY phone designed by Porsche? Hmm… that might just work.

Porsche Design have put their mark on external hard-drives, DAB radio/iphone docks and even advent calendars and now they’ve taken a BlackBerry 9900 and given it the PD treatment.

This isn’t even Porsche’s first phone – anyone remember the P521?

The BlackBerry Bold 9980, as this brushed metal BlackBerry will be known, will more than likely pack similar specs to the BlackBerry 9900 which is powered by a 1.2GHz processor and features a 5MP camera, 640×480 display and 8GB of internal storage.

If you’re looking to get your mits on this Porsche designed metal marvel you only have to wait til the end of the week as it has a release date of October 27th! 🙂