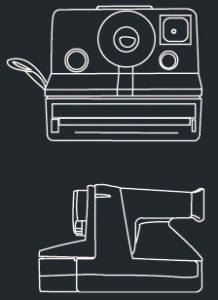 Polaroid has confirmed that itâ€™s getting together with instant film fans, The Impossible Project, to resurrect the classic and well loved instant film cameras.

Yup -the format that was killed off last year is coming back people!

The Impossible Project has spent the past 12 months working on a new film for existing Polaroid cameras, even going as far as running the former Polaroid factory in Enschede, Holland.

Polaroid plans to relaunch their Polaroid Instant Cameras next year, with The Impossible Project creating Instant Film for the newly created insti-snappers.

There’ll be the option for black and white and colour versions.

This proves that the customer is always right – where there’s a will………..