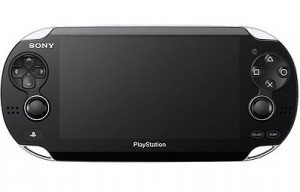 Sony looks to be moving in on the Nintendo Wii U’s ideas of home and portable gaming fusion with news of a cunning plan.

Word on the street is that Sony could be working on a future software update for the PlayStation Vita which is chalked to land in the UK in February.

This plan could well see the Vita being able to stream PlayStation 3 games over Wi-Fi! This would mean that if you got kicked off the main telly because X Factor was on you could just squirt the game over to your handheld and retreat from the latest sob story/everlasting dream.

Reports are that the game would appear on the Vita, which will be getting 3G SIM’s from Vodafone in the UK,  at the same resolution as the PSP (480×272) but upscaled to fit the dimensions of the PS Vita.

Back at the Vita’s launch the next gen portable was shown controlling PS3 games but Sony have yet to utter any official confirmation as to whether this will see the real world.

If these plans make it to the PS Vita then the game will definitely be afoot as the Nintendo Wii U has already been flouncing around with its high-res tablet-style controller also being able to play games when you don’t want/can’t get to the TV.