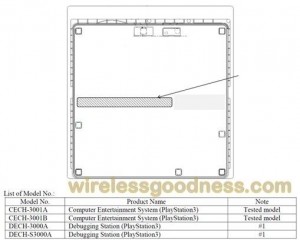 It looks like Sony may be bringing a refresh to its PS3 gaming console.

Well, that’s certainly the impression I get after seeing Sony’s FCC filing that happens to reveal new model numbers.

Apart from those new model numbers, very little else is known about the new PS3, apart from where the label is going to be stuck.

There have been rumours that Bluetooth and Wi-Fi connectivity may appear in the new iteration as well as a hard drive.

I reckon Sony needs to sort out its PlayStation Network security if it wants more people to be playing on its consoles though.