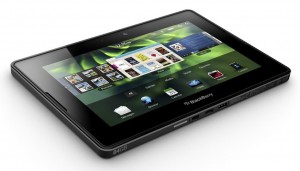 The future looks very bleak for BlackBerry’s PlayBook tablet as no future significant updates will be shared with the BB slate.

After being promised in on the BlackBerry 10 operating system, RIM has recently broken their word – and it gets worse.

Now BlackBerry VP of Develop Relations, Alec Saunders, has announced on Twitter that the tablet will not get an further significant updates.

Saunders also said that the PlayBook does not have the capabilities to run BlackBerry 10 (nice bit of forward planning, that), which is the major reason that the original planned update was cancelled.

So, apart from the odd bug and security fixes, that’s pretty much BlackBerry turning its back on the ill-fated tablet and the non-appearance of the Blackforest.

Do you own one a BB PlayBook? How do you feel about this latest news?