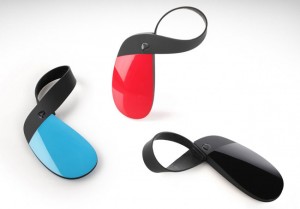 Remember the PLAiR smart dongle I told you about back in January? Well, it’s now ready to purchase.

PLAiR has been designed to free up its users from the mirroring restrictions of AirPlay and other alternatives.

Plair uses your local wireless network to connect your computer, tablet or smartphone to your television wirelessly, enabling you to “beam” content to the big screen.

When you beam over a video, PLAiR takes over the streaming and allows the user to browse the Web, logon to Facebook and all those other things you’d expect to do on a Smart TV.

This means that you can stream content from a PC, Mac, iOS or Android-based device to any HDTV with an open HDMI port. In other words, it makes it really easy to beam content from your computer/smartphone/tablet screen directly and wirelessly to your TV.

PLAiR is also offering a Chrome Plug-in, as well as dedicated apps for iOS and Android.

PLAiR is powered by a 1GHz ARM Processor, supported by 1GB of DDR3 RAM, together with 802.11n wireless, and a built in GPU/VPU for full 1080p streaming.

PLAiR is available in three colours – Raven, Aqua or Passion and is now available to purchase from the PLAiR website for $99.

They are stating overwhelming interest and have listed expected delivery dates.

Check out the video below to see the PLAiR in action.