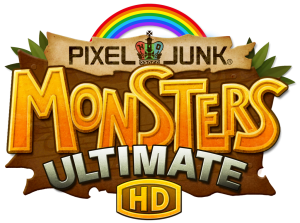 After its highly praised stay on PS3 and PSP back in 2008/2009, Pixeljunk Monsters now arrives in glorious high definition on Playstation Vita. With Double Eleven in charge of handling Q-Games gem, all signs point towards this being a must buy. So, has Pixeljunk Monsters still got it?

You play as Tikiman, and he’s been busy. It seems this Forest Defender is a big hit with the ladies down in the Tiki Hut, as he has 20 offspring to take care of. These offspring are in turn ridiculously cute and you need to do everything to protect them.

The simplest way to describe Pixeljunk Monsters is that you need to protect your young by surviving waves upon waves of different types of enemies. You set up towers to kill and fend off these predators whose end game is to eat your babies.

As dark as that sounds, it’s actually a beautiful experience set amidst a stunning background with soothing music reminiscent of Sigur Ros’ more eclectic moments.

When your towers kill any enemies, they drop coins and gems. Here you need to run, pick up the gold and with the money set up more towers and upgrade existing ones. This is a must because as the waves go on, more and more monsters come at you and they become harder to dispose of. 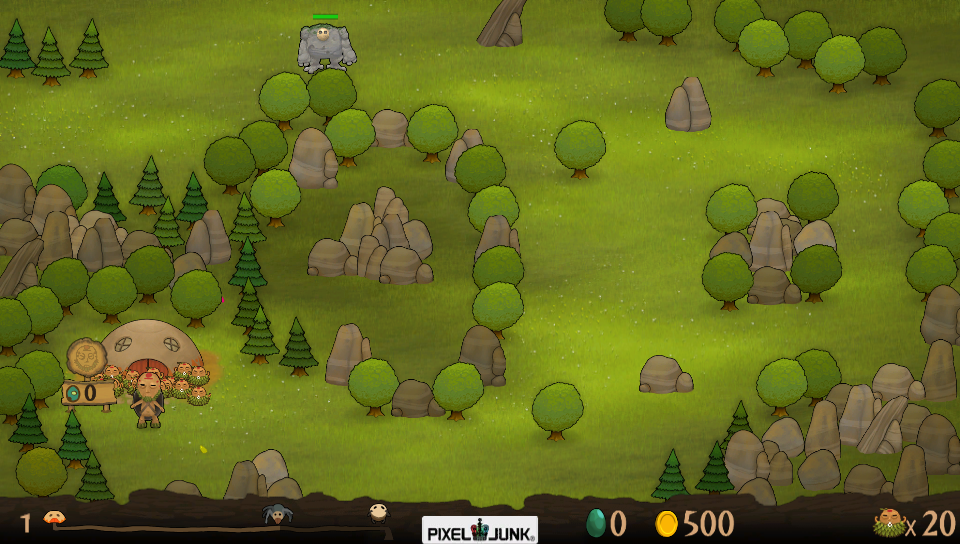 Each tower has a different purpose. Some handle flying monsters but ignore ground ones. The cannon obliterates all kinds of monsters but is a lot slower, so won’t handle quick enemies such as the fast moving spiders. It’s very much a game of strategy where you’re given just enough time to figure out what decision to make and not a second more. 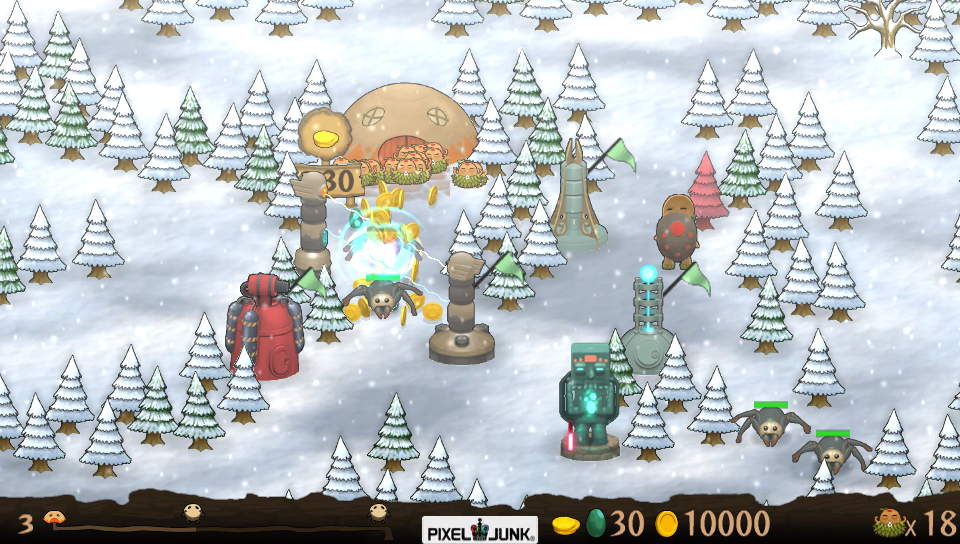 Pixeljunk Monsters becomes a real challenge relatively early. The amount of times I got to wave 9/10 or Wave 19/20 and died were far too many to count. As frustrating as that can be, you can’t help but click the retry button over and over. As strange as it sounds, the game genuinely affects you to feel super protective of the 20 babies.

The trophies are also insanely hard. There are no easy bronze trophies here. Saying that, with such a huge amount of content on each island you’ll have a ball trying to complete the game let alone trying to get the trophies. There are also really nice touches such as using the touchscreen to zoom out and see more of the scenery. It’s things like this that make you feel that this is the version of Pixeljunk Monsters you were supposed to own.

In summary, Pixeljunk Monsters is that old well known story of boy meets girl, they have 20 babies and monsters try to eat them. And you know what? It’s beautiful. After LittleBigPlanet and Limbo, Double Eleven have once again proved that they are incapable of handling a game badly on the Vita. This is the definitive version of Pixeljunk Monsters and we strongly urge you to find out for yourself what all the fuss is about.