Party Time of the year……. 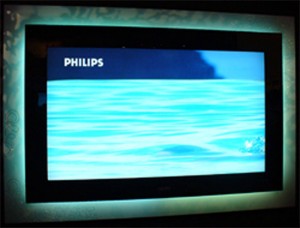 I’m throwing a little gathering at my place next week and have been musing over what, if I had the cash, would I have to make the party a little better using gadgets and gizmos that I’ve spotted over the last year or so.

Sure, I have a decent Hi-Fi set up, the telly needs updating, I have a puter that is being replaced in the new year, as is the streamer.

There will of course be booze – but there must be a better, more gadgety way to supply it other than a bottle/can from the fridge.

Here’s a list, in no particular order, that I would like to have at my next gathering:

Now, there should be decent tunes and some visuals at any good party – but what should they be produced by?

First up would be the R2D2 Projector. It looks great, would certainly be a talking point and will project DVD’s onto a wall or screen.

More seriously is the music (well to me anyhow) and if I could chalk anything on to my wishlist it would be a Lima Antila CD Player combined with the Tucana Amp. Expensive but such realistic reproduction – I’d probably opt to put them through something like Kef’s XQ speakers. They would add a little warmth but not loose any of the definition. That’s the CD’s sorted but………

We are in the digital age and from my archive of MP3’s (it’s almost embarrassing how many I have) I’d have tunes streaming through a Sonus Streamer set-up methinks.

I’ve always wanted a full-sized arcade machine and still do. So an obvious addition would be an Apex Stand-up console. Beautiful!

There would be the expected Xbox 360, PS3 and Wii consoles, of course, hooked up to 47″ Phillips Ambilight LCDs

As I wasn’t quick enough to snap up a Veuve Cliquot/Porsche champagne tower I’ve opted for a few slightly more realistic Phillips PerfectDraft pumps and a selection of lagers and beers.

I’m pretty sure that little lot would improve the party – what would you add or change?