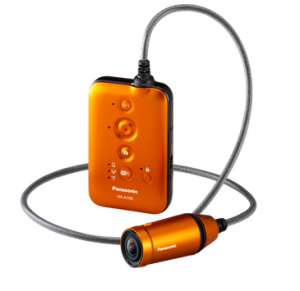 Wearable devices and 4K are two of the biggest trends at CES and Panasonic has managed to combine the two as well help provide some much needed 4K content.

Panasonic has been showing off their new Ultra HD camera which is so compact that you can wear it on your head in a Universal Soldier stylee. This will allow you to record first-person content for that Peep Show vibe.

The camera is being aimed at sporty types who would like to record their high adrenalin pastimes in ultra hi-def. .

The prototype is nearly identical to the HX-A100 cam the firm debuted at last year’s show.

This 4K version will retain the A100’s ability to shake off water but this Ultra High-Definition model is equipped with more powerful innards. 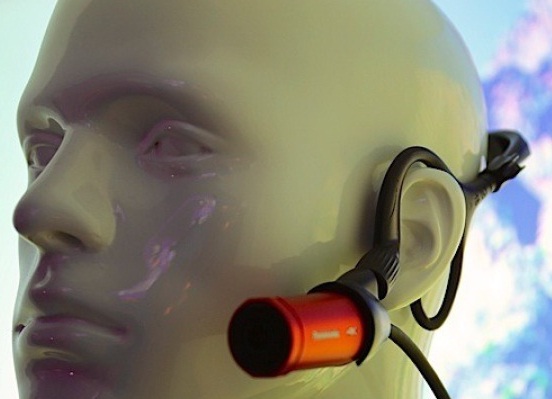 Detailed tech specs are being kept secret squirrel but the unit on display at CES 2014 was reported to be sending a live feed of the pixel-packed footage to a 4K display through a mini-HDMI port. This has been said to feature on the final version.

There’s no word on pricing either but the first-person camera is slated for a release later this year – I’ve heard rumours of April as a possible shelf date.